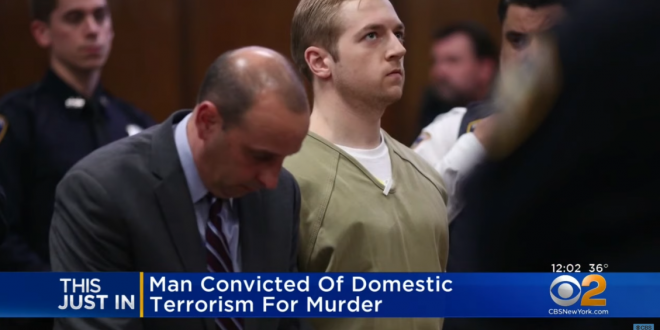 A Maryland white supremacist hobbled into Manhattan court Wednesday and admitted to fatally stabbing a black New Yorker. James Jackson, 30, pleaded guilty to second-degree murder, terrorism, hate-crime and weapons charges in exchange for a sentence of life in prison for slaughtering Timothy Caughman, 66, in Midtown on March 20, 2017.

“You stabbed Timothy Caughman with a sword with the intention of causing his death?” asked Justice Laura Ward in Manhattan Supreme Court. “Yes,” he replied, adding that his goal was to start a race war.

In a chilling confession tape, Jackson told police he had traveled from the South to New York with one purpose: to kill blacks. The Army veteran had stalked as many as 15 people before setting his sights on Caughman.