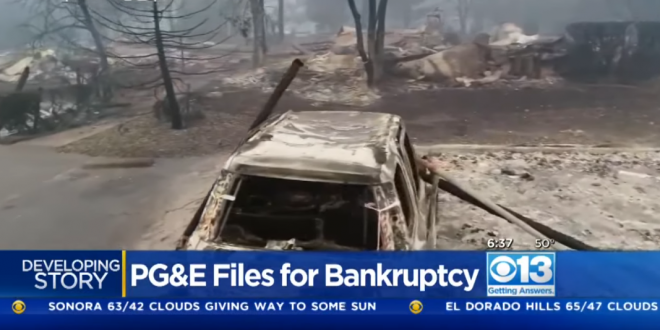 Pacific Gas & Electric Corp., the nation’s biggest utility, filed for bankruptcy reorganization Tuesday in a bid to relieve itself of some of the billions of dollars in damages it could face as a result of California’s devastating wildfires.

The Chapter 11 filing allows PG&E to continue operating while it puts its finances in order. But the move could ultimately drive up electricity rates for customers, jeopardize California’s ambitious transition toward renewable energy and lead to smaller payouts for fire victims.

It was also seen as a possible glimpse of the financial toll that could lie ahead as climate change takes hold. Scientists say global warming is leading to fiercer, more destructive wildfires and longer fire seasons.