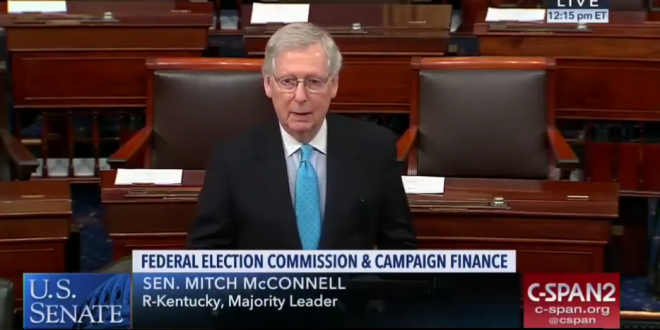 Less than a week after the 35-day shutdown, during which hundreds of thousands of federal workers went without pay, Sen. Majority Leader Mitch McConnell (R-KY) made a floor speech Wednesday ridiculing the idea of making Election Day a paid holiday for federal workers.

“This is the Democrat plan to restore democracy? A brand-new week of paid vacation for every federal employee who would like to hover around while you cast your ballot?” The proposal in the recently introduced legislation calls for one day off for federal workers.

On Senate floor Mitch McConnell rips a federal holiday for Election Day as part of a “power grab” by Democrats to win elections.