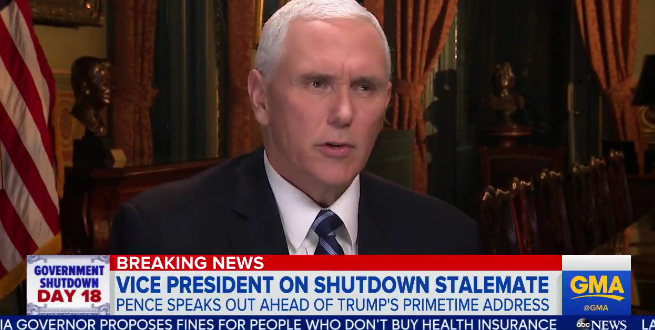 “How can his word be trusted when he has said so many things that are not true?” ABC’s Jon Karl asked. “How can the American people trust the president when he says this is a crisis, when he says things over and over again that aren’t true?”

This led to a segment where Pence and Karl challenged each other over the White House’s questionable claim that 4,000 known or suspected terrorists were stopped from entering America through the southern border last year.

Vice Pres. Pence talks to @jonkarl on shutdown stalemate: “We need new resources. We need to build a wall. We need Congress to come to the table and work with this president.” pic.twitter.com/Ncbx55dkSd