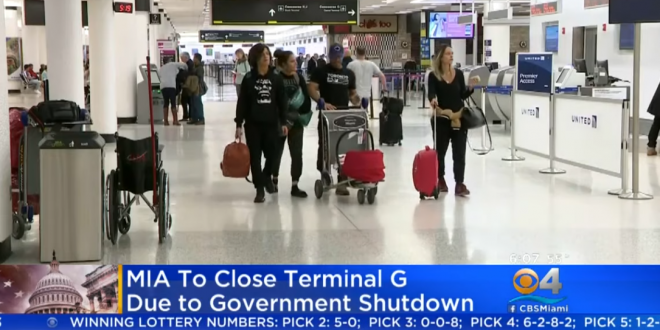 With more federal security screeners refusing to work without pay, Miami International Airport plans to cut off access to one of its terminals over the weekend in order to send TSA workers to busier checkpoints, a spokesman said Thursday night. Closing of the security checkpoint at Terminal G is set to begin at 1 p.m. Saturday, in what would be the 22nd day of a partial shutdown of the federal government.

Federal screeners are calling in sick at double the normal rate for Miami, and TSA managers aren’t confident they will have enough workers to operate all 11 checkpoints at normal hours throughout the airport, said MIA spokesman Greg Chin. “We felt we had to make a decision before the weekend,” Chin said. “They’re erring on the side of caution.” Like other federal workers considered essential, TSA screeners have been working without pay throughout a shutdown that began Dec. 22.