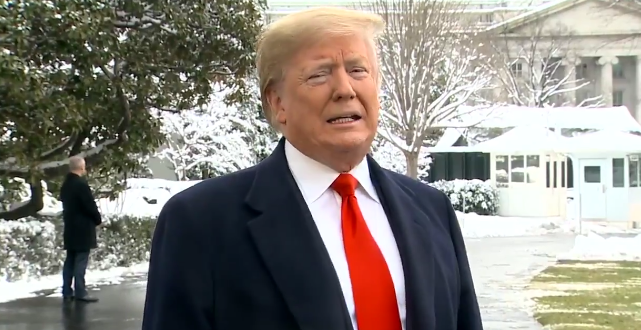 President Donald Trump is expected to announce a proposal to temporarily reopen government, ending the 35-day shutdown with a clean bill to end the shutdown without obtaining any funding for his $5.7 billion border wall request, according to congressional and White House sources.

Trump is expected to break the news in a statement in the Rose Garden, though sources cautioned that the deal is “not locked in.”

After Democrats rejected a proposal to temporarily reopen government with a pro-rated amount of border wall funding Thursday evening, Sen. Lindsey Graham told reporters Friday morning that Republican senators were looking to the White House to decide the next move.

The President will make remarks regarding the shutdown in the Rose Garden today at 1:30pm. This will be an open press event.