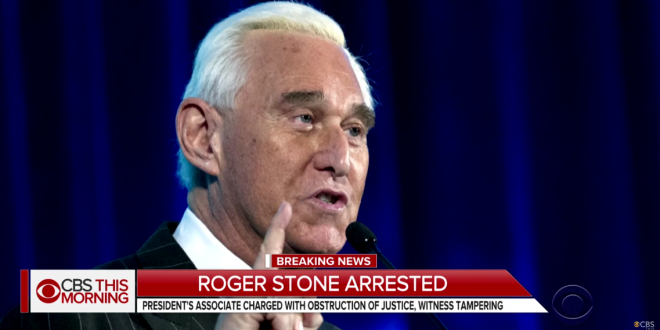 Roger Stone, who worked as an informal adviser to Donald Trump’s presidential campaign, on Friday will appear in a Florida court following his arrest earlier in the morning. Stone was indicted on seven counts as part of special counsel Robert Mueller’s probe, including one count of obstruction of an official proceeding, five counts of false statements, and one count of witness tampering. Stone is expected to arrive at 11 a.m.