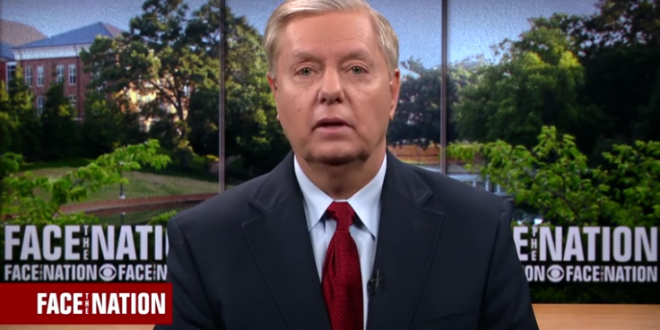 Lindsey Graham: There Will Be No Progress On Opening Government “As Long As The Radical Left Is In Charge”

Sen. Lindsey Grahm on Sunday said there will not be progress on negotiations to end the partial government shutdown “as long as the radical left is in charge.”

“ICE is not the problem, it’s the solution,” Graham, a top ally of President Trump, said on Face the Nation. “The goal is to repair a damaged, broken immigration system. It’s to implement policies Democrats have voted for in the past on President Trump’s watch.”

Graham said Republicans are “not going to put any offers on the table as long as people in charge of these negotiations accuse all of us who want a wall of being a racist and see our Border Patrol agents as gassing children. Until you get that crowd put to the sidelines, I don’t see anything happening.”