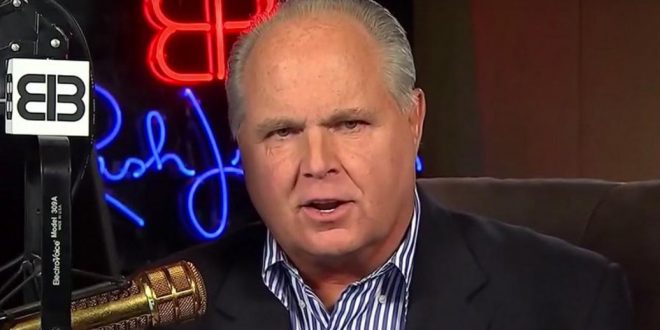 Limbaugh Mocks Unpaid Federal Workers: This Is The First Time People In Washington Will Know Hardship

“The drive-bys have been shedding tears over missed mortgage payments, children going to bed hungry for three weeks now, but a paycheck hasn’t yet been missed until today. There hasn’t been any financial hardship until today. There wasn’t any financial hardship during any of the previous shutdowns because no federal workers ever missed a paycheck. This is the first time.

“Now for the first time ever, aside from the War of 1812, Washington is actually seeing what it’s like to worry about holding your job. Washington is actually worrying and confronted with the prospect of not getting a paycheck. Washington and federal employees for the first time in the history of shutdowns are now feeling the pinch about being laid off or fired or facing some other insecurity.” – Rush Limbaugh, on today’s radio show.