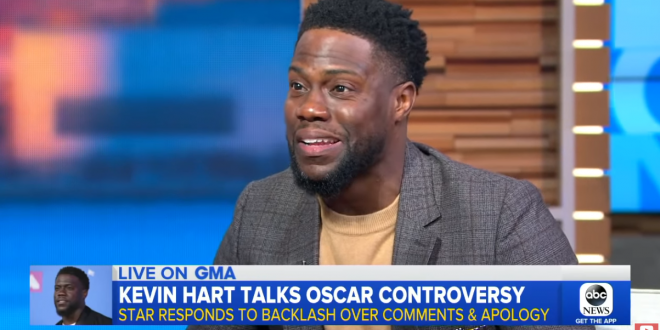 Kevin Hart: No Oscars For Me, I’m Over It [VIDEO]

“I’m over it,” Kevin Hart told Good Morning America multiple times when asked about the Oscar-hosting controversy that has dominated headlines for weeks.

Hart appeared on ABC  to talk about his new movie The Upside, but, given that ABC broadcasts the ceremony, took more questions about being offered the Oscar job, then stepping away when homophobic remarks from years ago were re-visited.

“There’s no more conversation about it. I’m over that, I’m over the moment,” he told Michael Strahan. It became increasingly clear last week that the Academy would move forward with plans to go host-less, as Deadline reported, with multiple big stars taking the stage in short stints rather than have one start-to-finish emcee.