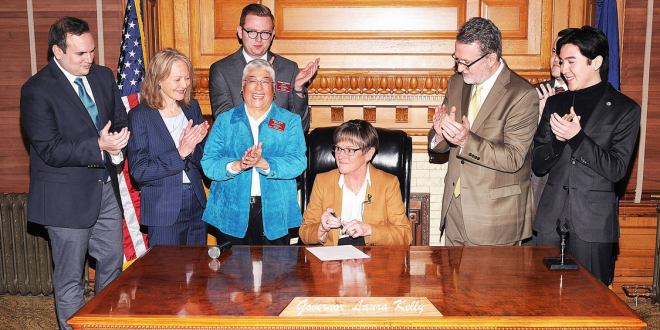 The first openly gay state representatives in Kansas history said they will introduce a bill to extend non-discrimination protections to all LGBT people in the state. Kelly said she would sign such a bill.

In her first official act, Kelly signed an executive order reinstating the protections for LGBT workers that were eliminated by Gov. Sam Brownback in 2015. Brownback removed the protections the same year the U.S. Supreme Court legalized same-sex marriage nationwide.

As my first official act as Governor, I am reinstating protections to state employees who are gay, lesbian, bisexual or transgender. EO 2019-02 restores rights that were taken away in recent years.

Discrimination of any kind has no place in Kansas. It will not be tolerated. pic.twitter.com/MAi7mFzuYN