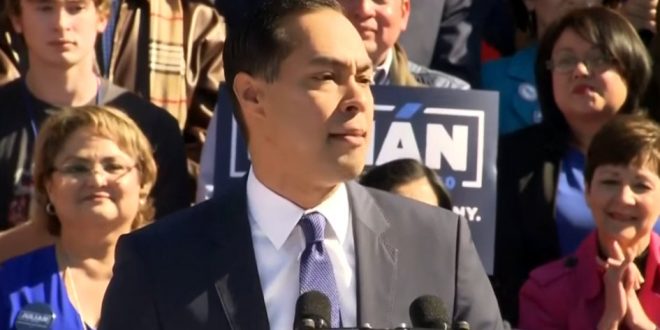 He mentioned President Trump’s visit to McAllen, Texas, this week, and denounced Mr. Trump’s characterization of a “crisis” at the border. “There is a crisis today. It’s a crisis of leadership. Donald Trump has failed to uphold the values of our great nation,” Castro said.

He also said that as president, his first executive order would be recommitting to the Paris Climate Agreement, which Mr. Trump pulled out of after taking office. He ended his speech by saying, “Let’s go work! Vamonos!”

Previous New York To Raise Smoking And Vaping Age To 21
Next CHATTER AWAY: Overnight Open Thread