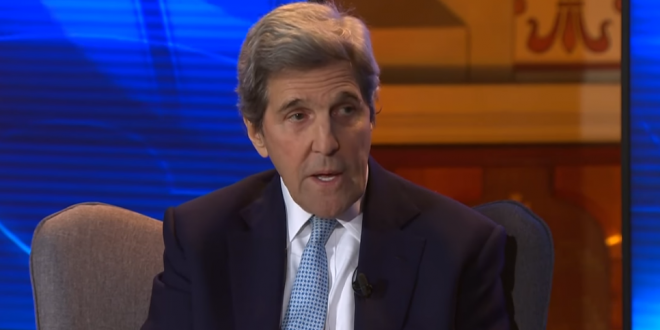 John Kerry had a one-word answer when asked his message for President Donald Trump: “Resign.” The former secretary of State and Democratic U.S. senator from Massachusetts made the declaration while speaking on a CNBC panel at the World Economic Forum in Davos, Switzerland.

Kerry, who lost in his bid to become president in 2004, first hesitated to answer the question, lamenting that Trump “doesn’t take any of this seriously” before calling for his resignation. A White House spokesman did not immediately respond to CNBC’s request for comment on Kerry’s remark.

Previous North Carolina Court Refuses To Certify US House Race
Next Ingraham: Trump To Meet With Covington Boys At WH