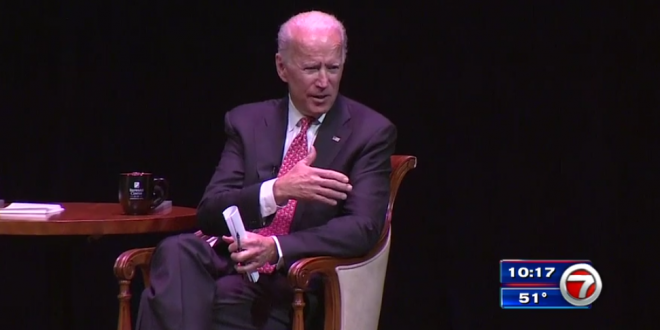 Joe Biden said Monday he’s closing in on a final decision about the 2020 presidential race, making preparations for a campaign but stopping short of a definitive signal he’ll run.

“I’m running the traps on this. I don’t want to make this a fool’s errand,” the former vice president told the audience at a ticketed event in Fort Lauderdale. “I’m a lot closer than I was before Christmas, and we’ll make a decision soon.”

The former vice president remains one of the biggest wild cards in a Democratic nominating contest that grows more crowded each week. For months aides said a final decision would be made by mid-January, but Biden’s comments made clear that — as was the case four years ago – the timeline is likely to be extended frequently.

As you can see below, the RNC is worried. 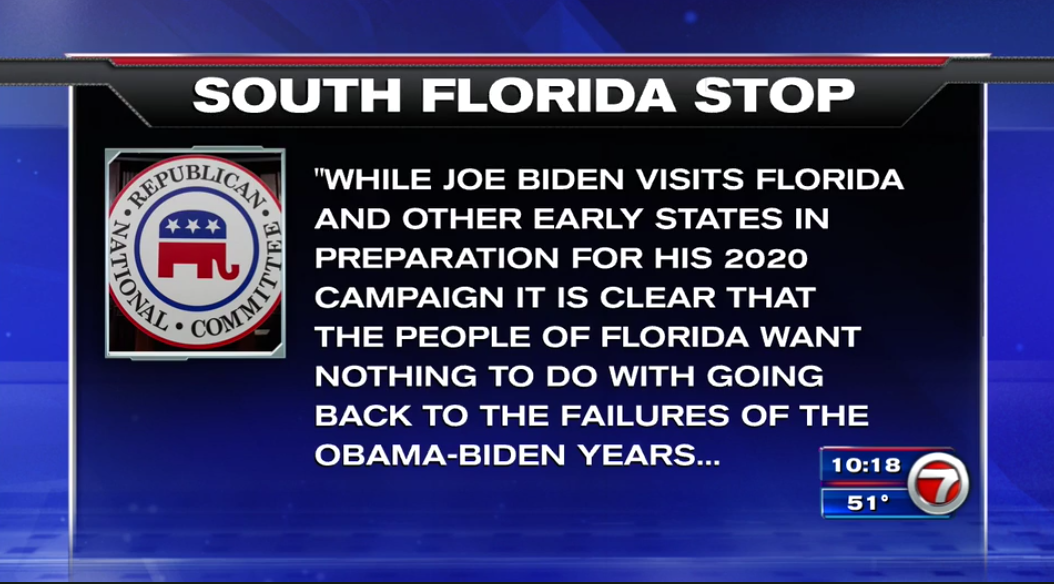 . @JoeBiden is back on the non-campaign trail, speaking in Fort Lauderdale pic.twitter.com/Ua8ieHrFjt

Previous Carlson: Mueller Is A Threat To Democracy [VIDEO]
Next POLL: 56% Won’t Even “Consider” Voting For Trump