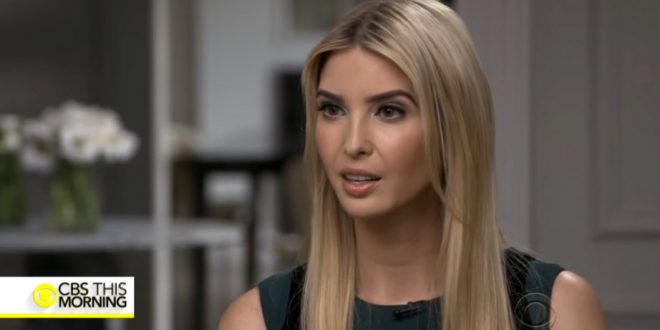 President Donald Trump’s daughter, Ivanka Trump, who works as a White House adviser, is one of the names being considered as a replacement for The World Bank’s outgoing president, Jim Yong Kim, the Financial Times reported Friday.

The DC-based World Bank, founded after World War II to finance economic-development projects in emerging economies, has traditionally been led by an American. Kim’s sudden departure from the bank came as a surprise to employees and leaves the bank’s future uncertain.

The Trump administration, which has been wary of and even hostile toward Western-led international institutions like the World Bank, will now be tasked with submitting a recommendation to the bank’s board.

This is among the most ridiculous proposals I have ever heard. Nepotism is just another form of corruption, so I am not surprised, but the level of absurdity is breathtaking. https://t.co/B5sVy5nJD3

Of all the people in US who could be World Bank President, the most qualified is Ivanka Trump, who lost her fashion line & happens to be the daughter of @POTUS. I see.

But first, can you ask @IvankaTrump why Jared still has a security clearance? I can't because she blocked me. https://t.co/YNv3uQmvOG

I just hope @IvankaTrump can do for the World Bank what she did for the Trump Foundation. https://t.co/p3mncTmZN2