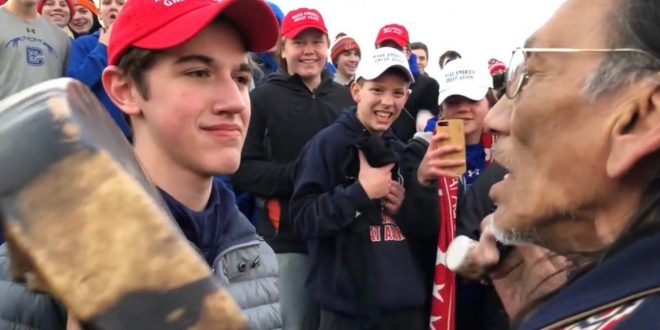 Ingraham: Trump To Meet With Covington Boys At WH

Fox News’ Laura Ingraham dropped some big news this afternoon: the Covington Catholic students from that viral encounter with a Native American elder will be meeting with President Donald Trump at the White House. After Ingraham’s tweet, however, reporters said this doesn’t appear to be happening just yet.

EXCLUSIVE on the new #LauraIngrahamPodcast — the Covington Catholic students threatened by the leftist internet mob will be meeting with @realDonaldTrump at the White House as early as tomorrow. @iTunes @PodcastOne

Don’t think this is true. As of right now, they have not been invited, I’m told.

The Covington students aren’t coming to the WH tomorrow, or this week. https://t.co/kAUlJFUmoi