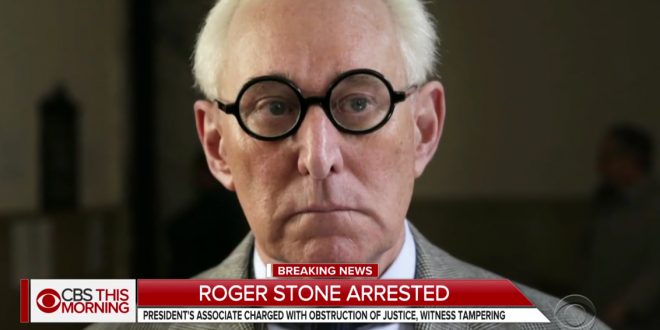 In an indictment unsealed Friday, federal prosecutors allege that Stone spoke with senior members of Trump’s campaign staff about WikiLeaks and that a campaign official was “directed” to ask Stone “about any additional releases and what other damaging information [WikiLeaks] had regarding the Clinton Campaign.”

“Stone was contacted by senior Trump Campaign officials to inquire about future releases by Organization 1,” the document states, in an apparent reference to WikiLeaks. Those communications took place after WikiLeaks released emails stolen from the Democratic National Committee (DNC) in July 2016.

Read more from the indictment.

Previous REVEALED: Kushner’s Top Secret Security Clearance Was Initially Rejected Over “Potential Foreign Influence”
Next Sanders: This Has Nothing To Do With Trump [VIDEO]