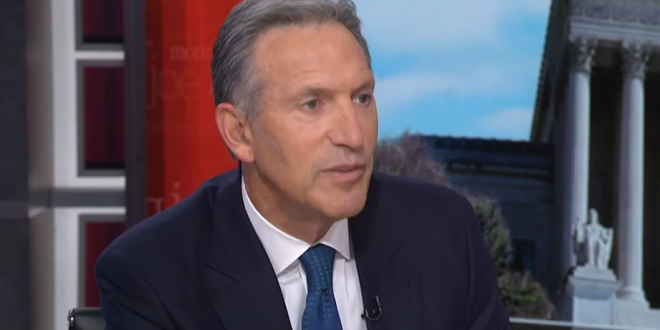 Former Starbucks CEO Howard Schultz, amid a media tour rife with awkward moments, got stumped by Morning Joe on Wednesday when asked: “How much does an 18-ounce box of Cheerios cost?”

“An 18 ounce box of Cheerios? I don’t eat Cheerios,” the billionaire responded to host Mika Brzezinski. When she revealed the price was four dollars, Schultz was shocked. “That’s a lot,” he said.

“I must be doing something right to create so much interest and backlash from the Democratic Party,” he said. “Some of it is a surprise, but we expected to see some of the level of vitriol but not the extent it’s been.”

Howard Schultz, who did not know how much a box of Cheerios costs, called @elizabethwarren a “socialist” and declared that he does not believe in what the Democratic Party stands for https://t.co/ibLgP9716j