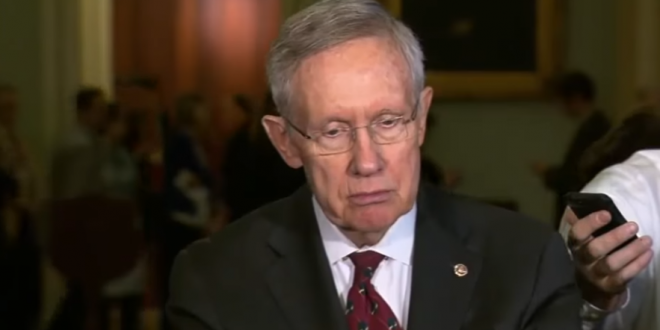 Harry Reid To US Senate: Look For “Little Green Men”

“I personally don’t know if there exists little green men other places, I kind of doubt that, but I do believe that the information we have indicates we should do a lot more study,” the Nevada Democrat said. “We have hundreds and hundreds of people that have seen the same thing — something in the sky, it moves a certain way.”

Reid said that also included sightings of vessels at sea. The topic of UFOs was on Reid’s mind Thursday because his interview with KNPR came just before he said he was scheduled to talk with an important senator about setting up a way for members of the military to support exploring suspicious sightings without facing retribution.

Listen to the interview here. Reid is reportedly in the end stages of pancreatic cancer.

Previous Pentagon: Troops Have Begun Withdrawing From Syria
Next Fox Host Lou Dobbs: Trump Should Use His Emergency Powers To “Sweep Aside The Recalcitrant Left” [VIDEO]