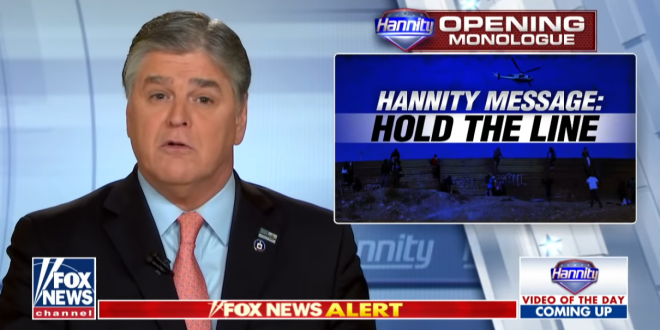 Hannity Warns Trump: If You Cave On Wall Funding, The Political Damage For The GOP Will Be Incalculable

“No matter what the President does, he must hold firm on this border wall funding from Congress. There must be no amnesty under any circumstances. Lindsay Graham––he has made a proposed compromise that would give DACA recipients three years of a work permit that they might be able to renew down the line. If there’s no amnesty, and money for the border wall to protect the American people, then they will have accomplished something very important.

“And, by the way, they’ll politically benefit for it, but that shouldn’t be the reason they do it. If they capitulate––the Republicans––the political damage frankly is incalculable, and it will hound a lot of these people throughout the rest of the Trump presidency. Also, it will have an impact on the 2020 race. The point now is stay the course, don’t back down.” – Sean Hannity, on last night’s show.