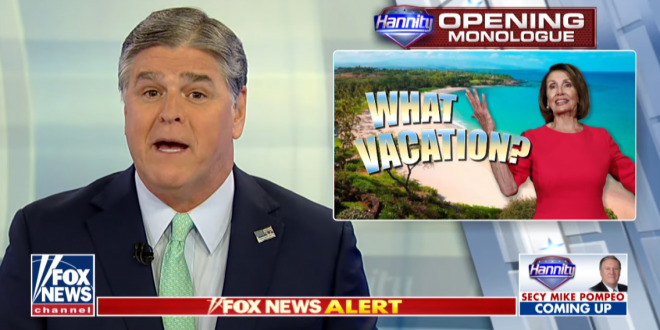 “Over this past weekend, we lost a police officer. His name was Officer Singh. This guy was in California. And the sheriff of that county was on this show last night saying the sanctuary policies played a big part in what happened, because the murderer was involved in the criminal justice system and was never deported. But Speaker Pelosi, the president was in the White House waiting to negotiate, you were thousands of miles away, lapping it up, life of luxury, playing politics with border security. Americans died over the course of that weekend, Americans, an American hero police officer with a five-month-old son is no longer on this earth providing for his child.” – Sean Hannity, on last night’s show. Start the clip at 9:00.