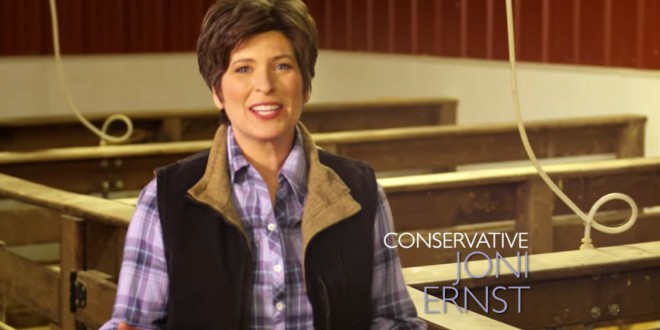 GOP Sen. Joni Ernst Divorces Because Husband’s Hatred Of Her “Any Successes” Cost Her Being Trump’s VP

The Iowa senator Joni Ernst has stated she turned down the opportunity to be Donald Trump’s vice-president because she believed her husband Gail “hated any successes I have”.

In an affidavit filed as part of divorce proceedings with her husband of 26 years, Ernst states: “in the summer of 2016, I was interviewed by Candidate Trump to be vice president of the United States. I turned Candidate Trump down, knowing it wasn’t the right thing for me or my family.

“I continued to make sacrifices and not soar higher out of concern for Gail and our family,” she added. In the affidavit, Ernst points to a strained marriage as the reason for her decision. “Meanwhile, he hated any successes I had and would belittle me and get angry any time I achieved a goal,” she says.

Previous Trump: I’ve Told Sarah Sanders “Not To Bother” With Press Briefings Because Everybody Is So Rude To Her
Next Democrats Vow To Fight Back And Reverse Trans Ban