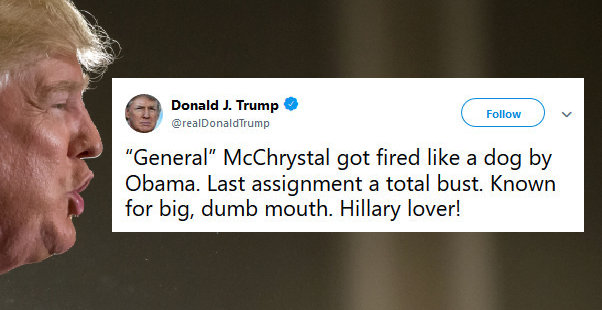 President Trump on Tuesday targeted retired Gen. Stanley McChrystal with a string of personal attacks after the former leader of U.S. operations in Afghanistan called the president “immoral” and dishonest.

The president was quoting a tweet from Fox News host Laura Ingraham, who shared a post on a conservative website she founded that recapped McChrystal’s comments over the weekend.

Previous Alan Dershowitz: Anybody Who Compares Trump To Hitler Is “Essentially A Holocaust Denier” [VIDEO]
Next NASA Probe Sends Back Signal From Ultima Thule