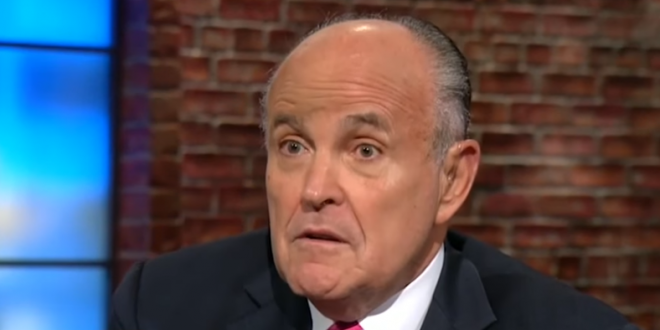 Giuliani Shrugs Off Trump/Perjury Report: If You Believe Cohen I Can Get You A Deal On The Brooklyn Bridge

The president and his two of his children, Ivanka and Donald Trump Jr., also received regular updates about the development which could have netted $300 million in profits, the BuzzFeed report states. But Trump’s current attorney, Giuliani, was dismissive of the claims made by the news outlet.

After BuzzFeed claimed that Giuliani’s phone was switched off to avoid commenting, The Washington Post’s Phillip Rucker tweeted a statement from the former mayor of New York saying “If you believe Cohen I can get you a great deal on the Brooklyn Bridge.”

CNN legal analyst Neal Katyal, appearing on CNN Tonight with Don Lemon, said if the allegations against Trump are true then the president committed a felony.

Just in, Rudy Giuliani’s response to Buzzfeed story: “If you believe Cohen I can get you a great deal on the Brooklyn Bridge.”