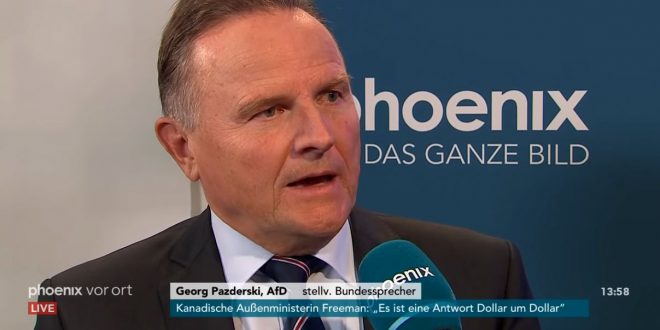 Germany’s domestic intelligence agency announced Tuesday that it is stepping up its scrutiny of the far-right Alternative for Germany party (AfD), examining whether the party has crossed the line into extremism forbidden by the country’s post-World War II constitution.

The agency, known as the Constitutional Protection Office, announced that it will conduct a preliminary evaluation into the whole of the party’s operations nationwide.

It is scrutinizing the federal party as a “Prüffall” — or “test case” — the lowest level in a three-tiered system of investigation that the office conducts. This means it will only review public statements of the party and other public information, but will not rely on confidential informants or the surveillance of communication.

The AfD presently holds 91 seats in the Bundestag and seven seats in the European Parliament. Last year a Berlin court ordered them to publicly retract their claim that Merkel government had donated millions to Hillary Clinton’s 2016 campaign. The leader of the AfD in the Bundestag is homocon Alice Weidel. Homocon US ambassador Richard Grenell has posed for selfies with AfD members.