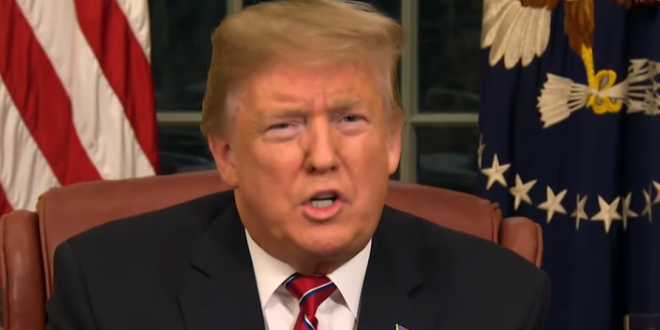 Donald Trump’s loose grip on the truth just cost one gambling site dearly. Before the president’s address on border security Tuesday night, Bookmaker.eu put the over/under on the number of lies he’d spew at 3.5. For bettors, it was a no-brainer, as hundreds of thousands of dollars loaded up on the over.

In fact, Bookmaker odds consultant John Lester told MarketWatch that the site has never seen such a lopsided response from its customers.

“Never in our 30-year history have we been this one-sided (9 to 1) on a wager,” he said. “You would have to go back to the early Mike Tyson fights (pre-Buster Douglas) to find a wager with comparable one-sided demand.”

Odds consultant John Lester told BuzzFeed News the site will lose $276,424, with 92% of its bettors correctly wagering that Trump would lie a lot. “It’s a bad day for Truthiness and Bookmaker,” he said. “We knew we were in trouble early with this one.”

The site used the Washington Post’s Fact Checker as the arbiter of Trump’s truth and lies. The Post’s live blog has corrected six statements that Trump made during the televised address seeking a border wall. (Here’s the reality of what’s going on at the border.)

Lester said Bookmaker expected Trump to lie, but that it had also factored in the time constraints the president would be under in delivering Tuesday’s speech.