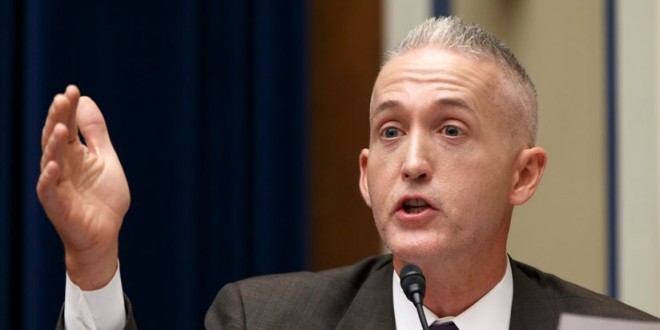 Remember three weeks ago when he said he was swearing off politics forever?

Former Rep. Trey Gowdy (R-S.C.) has joined Fox News as a contributor, the network announced Wednesday. Gowdy, who retired from Congress earlier this month, will offer political and legal analysis on Fox News and the Fox Business Network, the outlet said in a press release. The former four-term congressman representing South Carolina’s 4th Congressional District served as chairman of the House Oversight and Government Reform Committee during his final two years in office.

Previous Russian Oligarch Names Trump Transition Team Member To Board Of Directors Now That Sanctions Are Lifted
Next Nikki Haley Rakes It In On Speaking Circuit: $200,000 And Use Of A Private Jet For Domestic Engagements