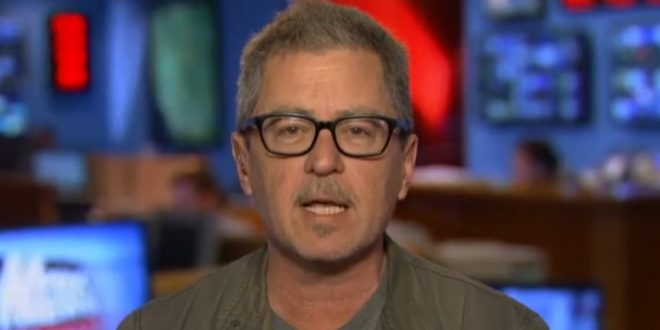 “They’ll announce on Colbert, then they’ll do Kimmel, then they’ll do Fallon. The entire late night arena in network, and streaming, and cable it’s all just the advertising arm of the Democratic Party. It’s a big giant safe space for them. It’s really — it’s worse than propaganda. If you think about, like, Russia spent a few thousand dollars on Facebook ads and, oh, the world’s supposed to stop. Look at late night television. It is a straight up ad for the Democratic Party and they demonize the right. Stephen Colbert and the late night shows are worse than Russia. There, I said it, come get me.” – Comedian Michael Loftus, on Fox & Friends this morning.

Previous Right Wingers Go Nike On Their Gillette Products
Next SURE JAN: White House Claims Bloody Bandage On Trump’s Hand Is From “Joking Around With Barron”