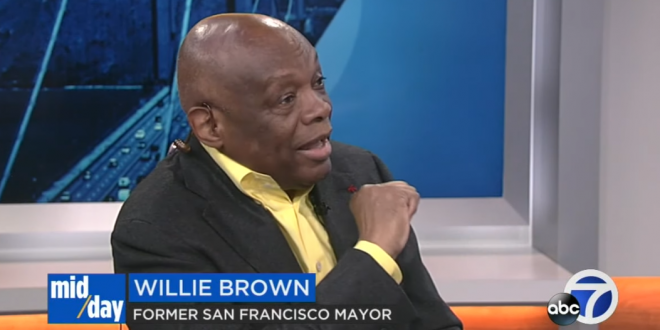 I’ve been peppered with calls from the national media about my “relationship” with Kamala Harris, particularly since it became obvious that she was going to run for president. Most of them, I have not returned. Yes, we dated. It was more than 20 years ago. Yes, I may have influenced her career by appointing her to two state commissions when I was Assembly speaker.

And I certainly helped with her first race for district attorney in San Francisco. I have also helped the careers of House Speaker Nancy Pelosi, Gov. Gavin Newsom, Sen. Dianne Feinstein and a host of other politicians. The difference is that Harris is the only one who, after I helped her, sent word that I would be indicted if I “so much as jaywalked” while she was D.A. That’s politics for ya.

Since she announced her bid for president, right wing sites and Trump World figures have accused Harris of sleeping her way to the top thanks to her decades-old relationship with Brown, who was separated from his wife at the time, but not yet divorced.

As you’d expect, far-right sites like Breitbart and Gateway Pundit have pounced on today’s arguably unhelpful op-ed from Brown. Harris formally launches her campaign this afternoon in Oakland.

Confirmed: Former San Fran Mayor Admits Kamala Harris Was His Extra-Marital Mistress And He Awarded Her with Two State Jobs https://t.co/V9osa3qDP8 via @gatewaypundit