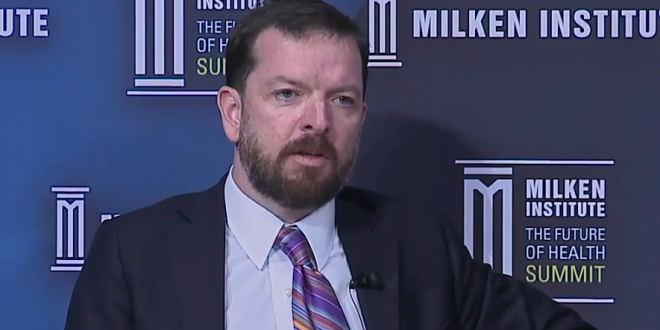 The White House is expected to soon name Joe Grogan as the next head of its Domestic Policy Council, two sources with knowledge of the decision told POLITICO.

The move would elevate Grogan, a top Office of Management and Budget health care official and ally of acting White House Chief of Staff Mick Mulvaney, to a role that could give him broad new influence over the Trump administration’s major policy priorities, including lowering drug prices and efforts to unwind Obamacare.

Grogan has worked extensively on those issues at OMB alongside Mulvaney and HHS Secretary Alex Azar. Grogan, a former lobbyist for drug giant Gilead Sciences before joining OMB in 2017, has advanced plans rolling back parts of the Affordable Care Act through regulation.