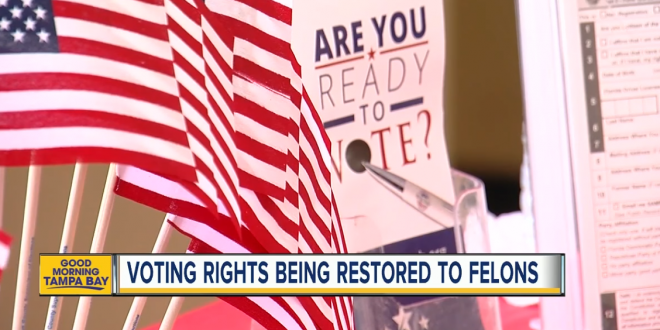 Tuesday is a historic day in Florida. Under an amendment passed by the voters in November, as many as 1.4 million former felons are regaining the right to vote. The referendum overturned a 150-year-old law that permanently disenfranchised people with felony convictions.

Before the change, people who served their time could apply for clemency to a board headed by the governor. But the cumbersome process and a multiyear backlog meant that only a small percentage applied. As a result, more than 10 percent of Florida’s adult population was not eligible to vote.

The amendment automatically restores the right to vote to people with felony convictions after they complete all terms of their sentences, including parole and probation. It doesn’t apply to those convicted of murder or a felony sex offense.