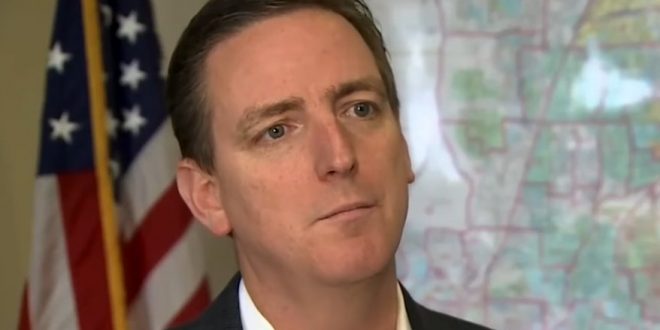 Michael Ertel, the newly appointed Secretary of State of Gov. Ron DeSantis, has resigned after photos emerged of him posing as a Hurricane Katrina victim in blackface at a private Halloween party 14 years ago.

Ertel gave a presentation Thursday morning on election litigation before a House subcommittee. He submitted his resignation in an email around 2 p.m. “I am submitting my resignation as Florida secretary of state effective immediately,” he wrote. “It has been an honor to serve you and the voters of Florida.”

Ron DeSantis’s Secretary of State, on his 16th day in office, has resigned after photos emerge of him dressed for Halloween in blackface as a Hurricane Katrina victim https://t.co/yI9ZuYLVW9

The photo was taken in 2005, eight months after Ertel was appointed Seminole County supervisor of elections and two months after Hurricane Katrina devastated New Orleans. https://t.co/quleb5ZMGX

Garbage people like Michael Ertel will dress in full blackface and mock hurricane survivors WHILE SERVING AS ELECTED OFFICIALS, then turn right around and condemn @RashidaTlaib for using a swear. pic.twitter.com/Ng7ndkvS5J