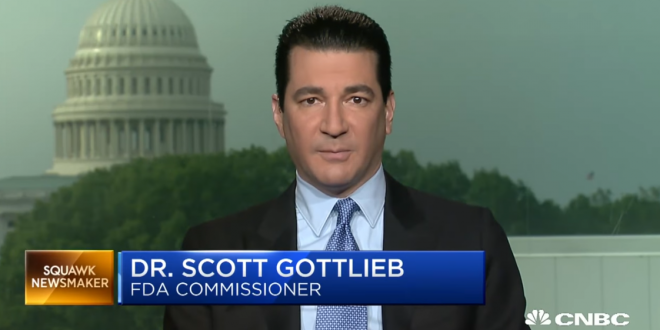 FDA Head Threatens To Pull E-Cigarettes Off The Market

Food and Drug Administration Commissioner Dr. Scott Gottlieb made his most direct threat yet against e-cigarette companies Friday, saying they face an “existential threat” if they don’t stop marketing to youth.

Gottlieb said he was horrified at the recent rapid rise in teen vaping. He called out the most popular product — Juul— by name and said his efforts to get companies to voluntarily dial back on candy-flavored products and heavy-handed marketing techniques were not having much effort.

The FDA has the power to stop e-cigarette sales and compel makers to go through the formal FDA approval process. The agency has not done this yet, much to the disappointment of groups such as the Campaign for Tobacco-Free Kids, the American Heart Association and the American Cancer Society Cancer Action Network. Gottlieb said he is about ready to do so.