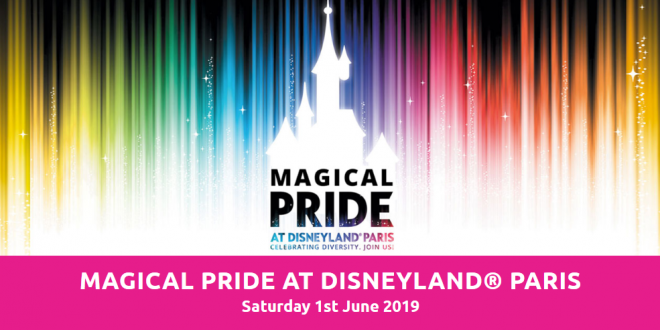 Although Gay Days has been celebrated at the Disney parks for decades, ever since the first one in 1991 (right here in Orlando!), Disneyland Paris has just made history by becoming the first to organize an official LGBTQ Pride event, finally acknowledging openly that pink money pays their bills, too.

Magical Pride happens June 1, 2019, and will include a “Magical March of Diversity” parade, as well as several different music performances. Inspired by Orlando’s and Anaheim’s massive Gay Days parties, the first – though it was unofficial – Magical Pride took place at Disneyland Paris in 2014. Now it’s getting the nod from the park.