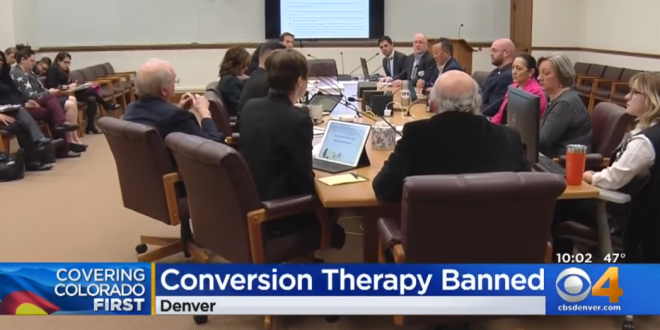 The Denver City Council voted unanimously to ban gay conversion therapy for minors in the city on Monday night. Denver is the first jurisdiction in Colorado to pass such a prohibition, according to a news release from the office of Mayor Michael Hancock.

Hancock’s office proposed the prohibition. “This is a very proud moment for my administration, for members of City Council, and for everyone in Denver who values inclusion and acceptance,” Hancock said in the release.

The ban, recommended by Denver’s LGTBQ Commission and submitted by the Office of Human Rights and Community Partnerships, will “protect youth from dangerous and discredited practices aimed at changing their sexual orientation or gender identity or expression,” the release said.

Attempts to implement a statewide ban have failed four times in the Colorado legislature.

Previous VIRGINIA: Another One Of Trump’s “Very Fine People” Sentenced To Four Years For 2017 Charlottesville Attack
Next Networks To Air Dem Response To Trump’s Speech