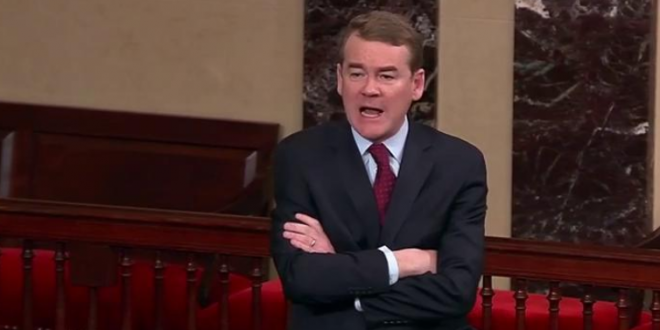 As you surely recall, Ted Cruz virtually single-handedly shut down the federal government in 2013.

Sen. Michael Bennet, D-Colo., bellowed at GOP Sen. Ted Cruz on the Senate floor Thursday and accused Cruz of faking his desire to re-open the government. “These crocodile tears that the senator from Texas is crying for first responders are too hard for me to take,” Bennet said.

“They’re too hard for me to take, because when the senator from Texas shut this government down in 2013, my state was flooded,” he said as his voice rose to a yell. “It was underwater. People were killed. People’s houses were destroyed,” he said. “Their small businesses were ruined, forever.”

.@SenatorBennet yells remarks after @tedcruz speaks — “These crocodile tears that the Senator from Texas is crying for first responders are too hard for me to take ,… he surfed to a second place in the Iowa caucuses, but of no help to the first responders, to the teachers…” pic.twitter.com/aJxt84Y9R5

Cruz bemoaning Michael Bennet for “bellowing” and “angry” speech toward him. Cruz says he has never done anything like that.
Um, Cruz called Mitch McConnell “a liar” over and over again on Senate floor in 2015.https://t.co/NMwdmyQnBE

Sen Bennet is really going after bearded Ted Cruz on the floor, for having forced previous shutdown

Previous Tell-All Excerpt: The Mooch Has Bragged To Black Men About Being Hung, “I’m Black From The Waist Down”
Next FLORIDA: GOP Secretary Of State Resigns After Drag Blackface Photos Mocking Katrina Victims Go Public