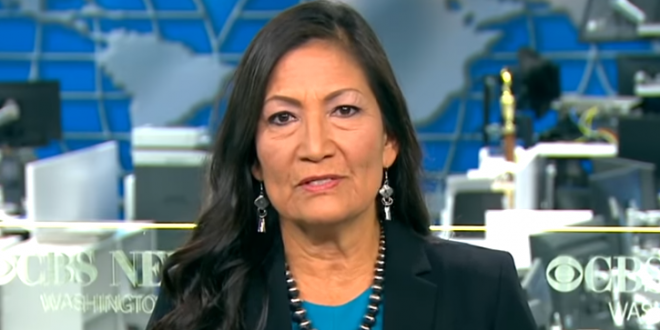 Rep. Deb Haaland (D-N.M.) said a transgender flag is “proudly” on display outside of her office this week after the Supreme Court allowed the Trump administration to temporarily enforce restrictions on transgender people who serve in the military.

Sen. Tammy Duckworth (D-Ill.), an Iraq War veteran, also criticized the Supreme Court’s decision on Tuesday. She blasted the move “disheartening” in a series of tweets and urged the high court to make clear “that this sort of discrimination has no place in our military.”

The trans flag is displayed proudly outside my office door today. #ProtectTransTroops pic.twitter.com/EIEccyG0VM

When I was bleeding to death in my Black Hawk helicopter on that dusty field in Iraq, I didn’t care if the American troops risking their lives to help save me were gay, straight, transgender, black, white, male or female. All that mattered was they didn’t leave me behind. https://t.co/dsQhwW805o

If you are willing to risk your life for our country and you can do the job, you should be able to serve-no matter your gender identity or sexual orientation.

Today’s decision is disheartening not only because it will help the Trump Administration discriminate against an ever-shrinking portion of our population who are willing to serve in uniform,