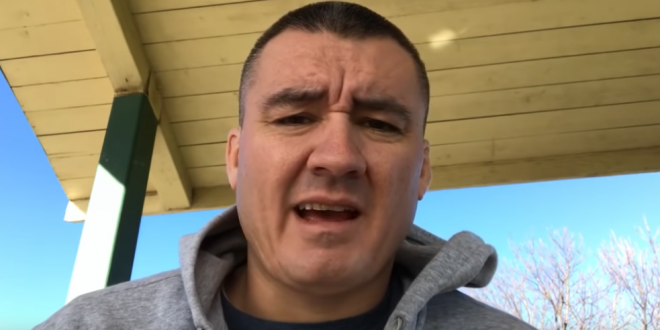 “I went to Jacksonville, and I went to a casino, and I was drinking, and there were girls there that were prostitutes, and I committed adultery on my wife multiple times. I drank and gambled multiple times. And I even smoked weed. I did sins that — I went back to sins that I have committed before in the past, and it even caused me to commit sins that I had never done before.

“You know, I really shattered our life, my wife’s life, my kids. We plan on finding an old IFB-type church that we can go to and serve the Lord. You know, I haven’t changed anything I believe. I still believe exactly the same. You know, I just went into sin, and I committed horrible, grievous sins. There’s no doubt about that.” – Hate church Pastor Donnie Romero, who was ousted this week.

The SPLC has more about the hate-filled Independent Fundamentalist Baptist (IFB) church movement.

Romero first appeared on JMG in 2016 when he preached that God should “finish the job” and “kill those queers” hospitalized after the Pulse massacre. Romero’s boss, Pastor Steven Anderson, has also repeatedly called for executing all LGBT persons. In once instance, he called for the federal government to do so by firing squad. Anderson also publicly prayed for God to murder President Obama.

Previous TODAY: Air Traffic Controllers To Rally Against Shutdown Outside US Capitol Building After Getting $0 Pay Stubs
Next Liberty Counsel Tries To Backpedal On Lynching LGBTs