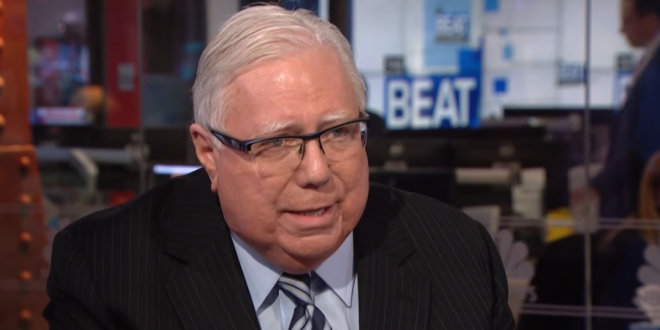 Jerome Corsi and one of his lawyers are threatening to sue The Gateway Pundit, an outlet that had been overwhelmingly supportive of Corsi before he began cooperating with Special Counsel Robert Mueller’s investigation into Russian interference in the 2016 election.

Larry Klayman, the departed founder of Judicial Watch who is representing Corsi as he processes through Mueller’s probe, appeared on NewsmaxTV yesterday with host John Cardillo to spar with Gateway Pundit contributor Cassandra Fairbanks, who had taken to Twitter the day before to call Corsi “a deranged old man” and to criticize Mueller for taking information from him.

Klayman told Cardillo that Corsi would bring defamation cases and that “we can sort this out in court if she wants to get to the bottom of it.” That was echoed by Corsi on Twitter, where he claimed that Gateway Pundit owner Jim Hoft had been “put on legal notice” and that he had demanded the outlet issue a retraction of Fairbanks’ claims.

See more infighting at the link.

Previous Mueller Found “Terabytes Of Info” At Stone’s Home
Next Rush Limbaugh: Once Homosexuality Is Proven To Be Genetic, All Gay People Will Become Pro-Life Overnight