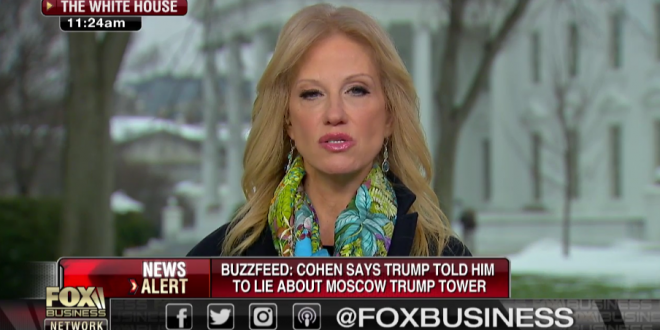 Kellyanne Conway gave an interview to Fox Business on Friday, during which, she did not deny the report that President Donald Trump told Michael Cohen to lie before Congress about the timeline for his plans to build a Trump Tower in Moscow.

“[Fox News reporter] Kevin Corke was characterizing Michael Cohen’s past testimony and also talking about some problems that he’s had testifying under oath,” said Conway. “I’m going to leave it at that because I come here every day to work on policy.”

Gidley would not deny that happened.pic.twitter.com/nDjurxZVC0