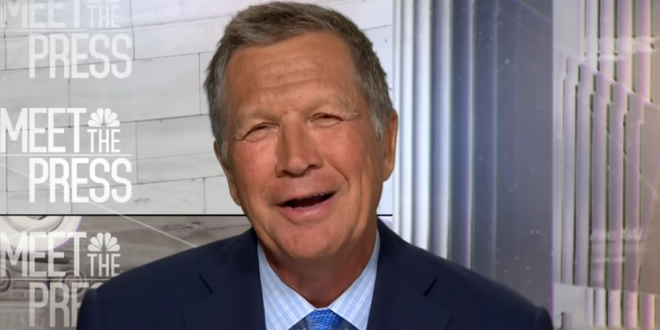 The 66-year-old Kasich, a former U.S. House member, has been one of cable news’ most in-demand Republican voices as the party’s only likely primary challenger to President Trump.

John Weaver, a longtime Kasich adviser, told Axios: “The governor has strong insights to help guide conversations in our country in a positive direction and this new partnership with CNN gives him a great platform to do so.”

Just announced: John Kasich is joining @CNN as senior political commentator. His first appearance will be tonight on @CuomoPrimeTime https://t.co/pDzlGjTuFk

Previous Jerome Corsi: Mueller Has Subpoenaed My Stepson
Next Trump: Why Is Pelosi Being Paid When Workers Aren’t?