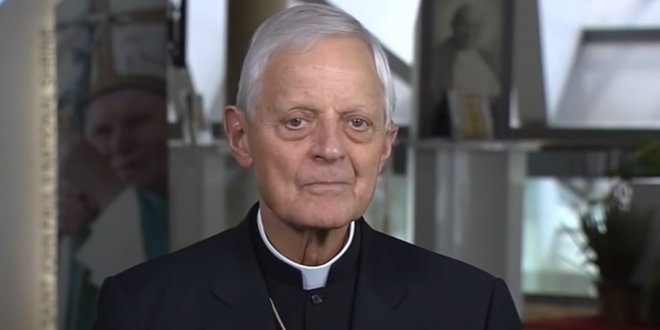 Catholic Cardinal Apologizes To Sexual Abuse Victim, Claims He “Forgot” He’d Been Told That It Happened

D.C.’s embattled Catholic leader, Donald Wuerl, under fire in recent days for untruthful statements regarding what he knew about the alleged sexual misconduct of his predecessor, Theodore McCarrick, apologized late Tuesday, saying he forgot he knew about the allegations and that it was “never the intention to provide false information.”

Wuerl apologized to former priest Robert Ciolek in the evening and then sent a letter to the priests of the archdiocese, where Wuerl is the acting administrator.

Pope Francis received Wuerl’s retirement as archbishop earlier than expected last fall as the cardinal was being pummeled by criticism over his handling of abuse cases when he was the Pittsburgh bishop, and also by suspicions that he was not being fully honest about what he knew of the McCarrick scandal.

Cardinal Donald Wuerl apologizes for his untruthful statements about what he knew regarding Theodore McCarrick, says he had a “lapse of memory.” @mboorstein https://t.co/43kSC3NAx5

Previous Pelosi To Trump: Delay SOTU Until Shutdown Is Over
Next “Defeated” ISIS Kills Four US Soldiers In Syria [VIDEO]