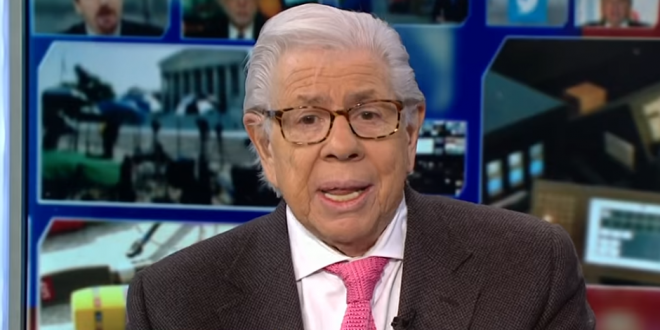 Carl Bernstein: My Sources Say Mueller’s Report Will Show How Trump Helped Russia “Destabilize” The US

Bernstein, who is renowned for his coverage of the Watergate scandal, appeared on CNN’s Reliable Sources on Sunday to discuss two bombshell reports released this weekend, one from The New York Times and one from The Washington Post, which revealed new details about whether or not Trump and his aides have colluded with Russia.

The Post reported that Trump has gone to “extraordinary lengths” to conceal direct conversations he has had with Russian President Vladimir Putin. The Times article revealed that the FBI opened a counterintelligence investigation into Trump after he fired former bureau director James Comey in 2017, suspecting the president could be working on behalf of Russia.

“Look, Trump keeps going back to the idea we need better relations are Russia,” Bernstein continued. “Could be. He could well be right. But from a point of view of strength… rather, he has done what appears to be Putin’s goals. He has helped Putin destabilize the United States and interfere in the election, no matter whether it was purposeful or not.”

Bernstein was asked how he knew ahead of time. “First of all, the New York Times and the Washington Post were more advanced on this story than I was,” he began. “But I did know something.”

He said Trump’s “lies” are all about Russia and suggested lawyers working with the White House told him they believe he hasn’t told the truth on a number of matters related to Russia.

“Part of what I know comes from lawyers of some of the other defendants in this matter who have appeared before Mueller, including members of the joint defense team which collaborates with the White House, and those lawyers believe the president has been lying at every turn about his relationship with Russia,” Bernstein said.

.@carlbernstein: “This is about the most serious counterintelligence people we have in the US government saying, ‘Oh my god, the President’s words and actions lead us to conclude that somehow he has become a witting, unwitting or half-witting pawn…to Vladimir Putin.'” pic.twitter.com/QOSdJPsJN5