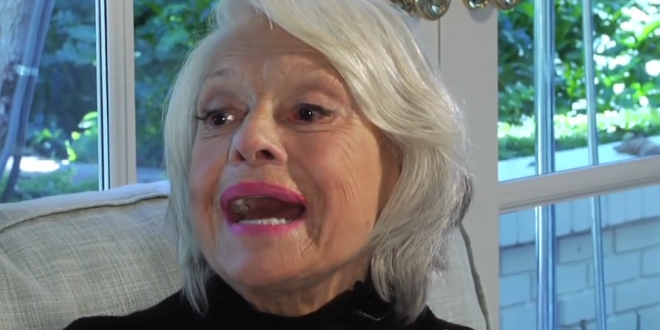 Actress and singer Carol Channing died early Tuesday morning at the age of 97 at her home in Rancho Mirage, California. Her longtime publicist B. Harlan Boll confirmed she died of natural causes.

Whether you knew her as Dolly, Lorelei, Muzzy or just Carol, Channing was a one-of-a-kind talent who captivated any audience. Her razor-sharp wit, gravelly voice and big, bright smile became the trademarks of a performer who originated some of Broadway’s most iconic roles throughout the ’40s, ’50s and ’60s.

Channing continued to share her gifts on stage into her late 90s, enshrining her in a class of Broadway luminaries all her own.

She takes her final bow. We are deeply saddened to hear of the loss of Carol Channing https://t.co/ydzd5iIn97 pic.twitter.com/pyAVjUwngt

Previous CHATTER AWAY: Overnight Open Thread
Next Trump Has Discussed Withdrawing US From NATO