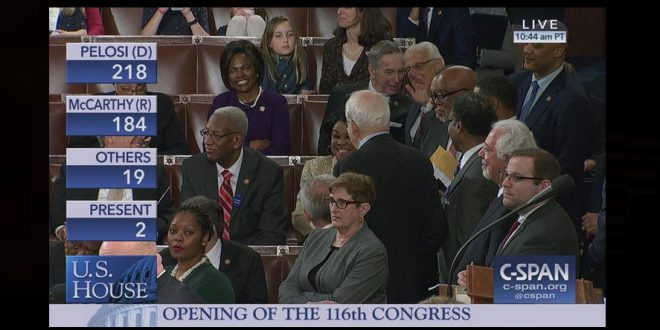 On a day of pomp and pageantry, ebullient Democrats assumed control of the House on Thursday and elected Representative Nancy Pelosi of California to be speaker, returning her to a historic distinction as the first woman to hold the post at the pinnacle of power in Congress, second in line to the presidency.

The investiture of Ms. Pelosi, whose talent for legislative maneuvering is surpassed only by her skill at keeping her fractious party in line, placed her at the fulcrum of divided government opposite an increasingly combative President Trump.

With Mr. Trump, his presidential campaign and his businesses all under federal and state investigations, her handling of him will likely define the 116th Congress.