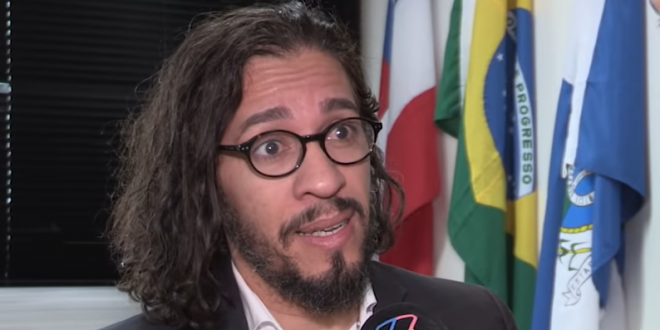 An openly gay congressman who frequently clashed with Brazilian President Jair Bolsonaro said Thursday he was leaving his job and the country because of mounting death threats. In an interview published by daily Folha de S. Paulo, Congressman Jean Wyllys said he was currently outside of Brazil and had no plans to return. Instead, he said he would work in academia but did not say where.

Wyllys was frequently at odds with Bolsonaro, a congressman for 28 years with a long history of homophobic, racist and sexist comments. In the hours after Folha published its story, Bolsonaro, set to return from the economic forum in Davos, put out a series of tweets that many interpreted as cheering Wyllys’ departure. They included icons of a hand giving a thumb’s up, a Brazilian flag and an icon of a plane.

Wyllys says he didn’t leave because of Balsonaro’s election itself, but because the rise of anti-LGBT violence and death threats during the campaign. 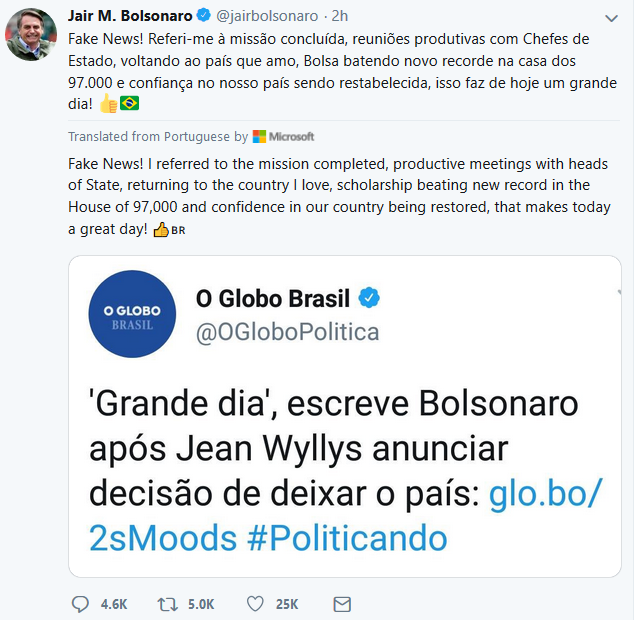 Previous WH Economic Advisor Larry Kudlow: Federal Employees Are “Working For Free” Out Of Allegiance To Trump
Next ARIZONA: Anti-LGBT Business Owners Are “Ready For Jail” If They Lose Appeal At State Supreme Court