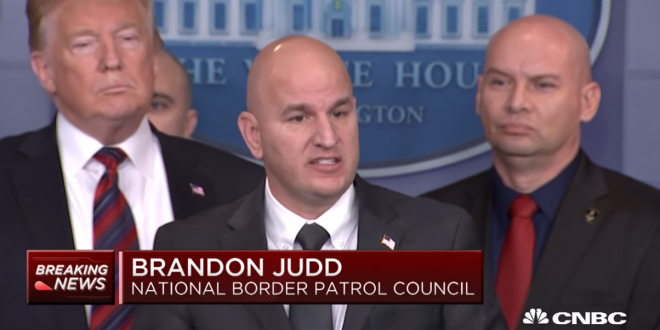 A union that represents Border Patrol agents recently deleted a webpage that said building walls and fences along the border to stop illegal immigration would be “wasting taxpayer money.”

The deleted webpage, posted in 2012, argued that border barriers don’t tackle the root causes of migration — and could potentially encourage more migrants to enter the U.S. fraudulently or overstay visas. The webpage was taken down after the union’s president endorsed the wall at a White House news briefing earlier this month.

“Walls and fences are temporary solutions that focus on the symptom (illegal immigration) rather than the problem (employers who knowingly hire illegal aliens),” the union wrote in a media FAQ.