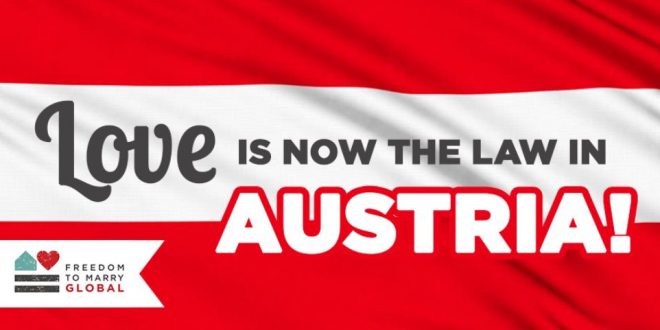 Austria’s constitutional court ruled in 2017 that same-sex couples should have the right to marry from Jan. 1, 2019. Previously, same-sex couples could only enter into a registered partnership that granted fewer rights than marriage.

The start of 2019 also marks the first day of the freedom to marry in #Austria – which today became the 26th country where same-sex couples can marry, following a landmark court ruling affirming marriage equality in 2017! 🇦🇹 pic.twitter.com/Fs95wjvkFS