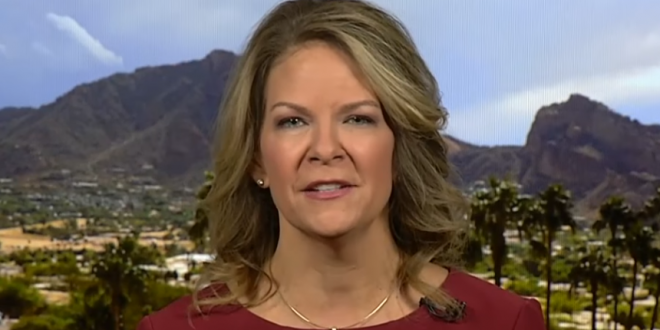 ARIZONA: Husband Of GOP Former Senate Candidate Accused Of Spitting In The Eye Of Turncoat Volunteer

Former U.S. Senate candidate Kelli Ward’s husband was accused of spitting in the eye of one of her former volunteers because the volunteer subsequently supported her former political foe, Martha McSally, police records obtained Tuesday show. The alleged incident happened at the Arizona Republican Party’s general-election night gala on Nov. 6 at the Paradise Valley Doubletree Resort.

Paradise Valley police have not filed any criminal charges after taking conflicting reports from Scott Robert Johnston, a 29-year-old mortgage banker from Mesa, Michael Ward, Kelli Ward’s husband, and an undisclosed witness who was with Johnston. The matter has surfaced as Kelli Ward is trying to attract support for her Jan. 26 bid to become chairwoman of the Arizona Republican Party.

Kelli Ward, you may recall, was endorsed by Steve Bannon and toured with a Pizzagate nutjob during her campaign. She also infamously claimed that John McCain timed the revelation of his brain cancer diagnosis to hurt her chances.