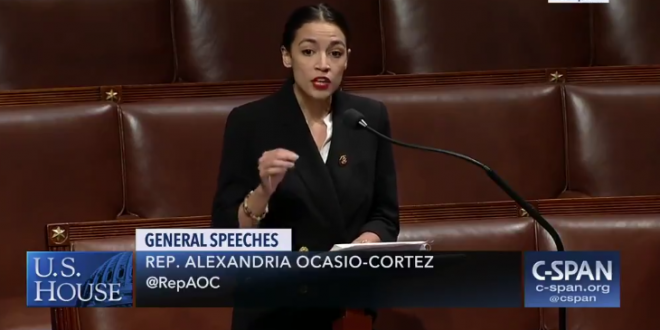 Oh, how this is triggering the cultists:

In her roughly three-minute speech, Ocasio-Cortez declared that the ongoing partial shutdown is not about the president’s demands for border wall funding but “the erosion of American democracy.”

First House Floor speech from Rep. Alexandria Ocasio-Cortez (@AOC): “The truth of this shutdown is that it’s actually not about a wall…The truth is, this shutdown is about the erosion of American democracy and the subversion of our most basic governmental norms.” pic.twitter.com/r8tmsGSNtT

Previous Giuliani Tries To Backtrack On “Collusion” Bombshell
Next Dem Rep. Tulsi Gabbard Apologizes For Anti-LGBT Past: “My Views Have Since Changed Significantly” [VIDEO]